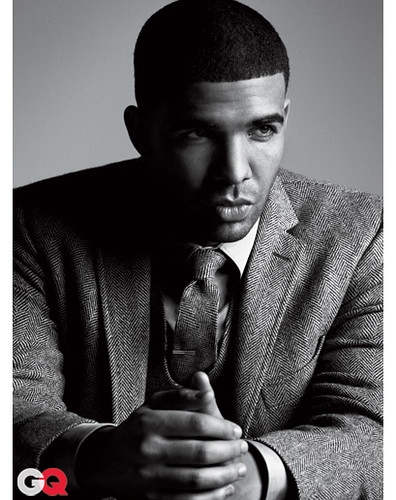 GQ sits down with Drake and talks about his recent album Take Care, and admits that he is tired of having our generation view his honesty as overly emotional.

Ninety-nine percent of people who listen to hip-hop have never sold drugs. But one-hundred percent have had their heartbroken. In the span of just three years, Drake has captured the temperament and thoughts of that generation. There are thousands of people, perfect strangers to Drake, convinced that songs like “Marvins Room” or “Trust Issues” were written about their lives. But they’re actually true tales of a romantic trapped in a superficial world. Ever since Take Care, his third album (we know you think it’s his second but he classifies So Far Gone as an album, not a mixtape—and so do we, so kick rocks) leaked this week, the response has been, well, massive. Drake gave us the back-story on the album’s title, how it stacks up against his other albums, and the real meaning behind some of your favorite Drizzy lyrics.

Click here to read an excerpt from the interview.