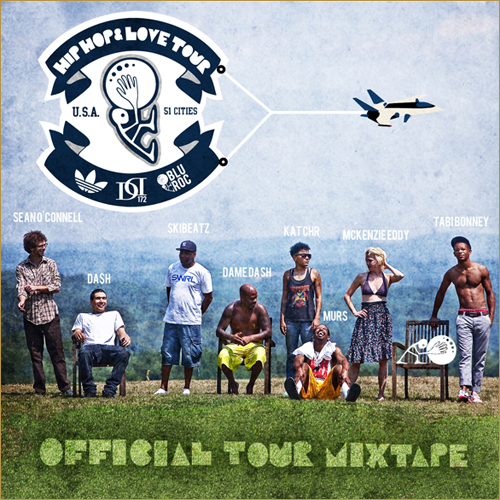 Adidas, Blu Roc & Dame Dash’s DD172 just released the official mixtape for the Hip Hop & Love Tour. The tour will hit a total of 51 cities and kicked off last night in Tempe, Arizona.

The track list and back cover can be found after the jump. 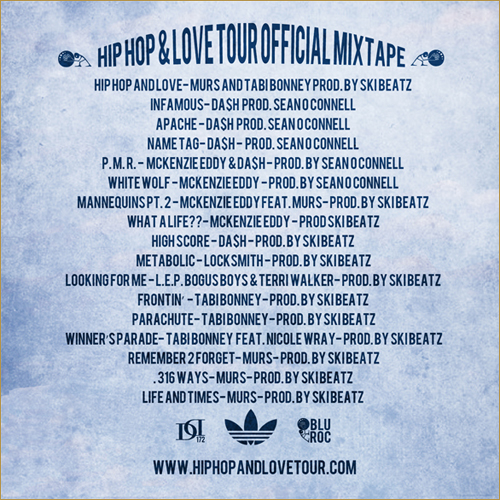